Posted on August 4, 2014 by allinadayofme

There’s no better place to people watch then in downtown Chicago! I was there, last week, by myself. I wasn’t lonely, I was surrounded by people of all sorts and sizes! Most of the people barely knew I was there. A few returned smiles to me! Oh, I wanted to take pictures so badly! But I didn’t…I respected their privacy. I simply watched, smiled and sometimes said a friendly, “Hello!” We are all created by God!

Let me see if I can paint some pictures with words. There were many Caucasian folks, as you would expect. They were all sizes and shapes. Some were North American but many were European and South American. I knew that by listening to their conversations. Having been an ESL tutor for many years and hearing many languages spoken regularly, I’m able to recognize several languages even though I don’t speak them. These folks were dressed in every imaginable type of clothing from dress suits and ties and beautiful dresses; to slacks and sport shirts, skirts/pants and attractive tops; to jeans and t-shirts; to shorts and halters; to…

Most interesting were the different costumes ethnic folks wore. A large group of Muslim folks walked by. Women in long, silky printed attire, beautifully draped around and flowing downward. Heads covered with only their faces exposed…

Two young Jewish men dressed in black, including black hats, walked by and then returned a few minutes later, giving me a second look at them. One was dark-haired, one was red-haired with a beard. They each had long ringlets hanging on each side of their faces but no long hair in back.

I saw many shades of dark-skinned people, some different shades of tan, some black. Tall, exquisitely dressed, unique hair styles: they stood out among the crowd of every size and shade. Many were average, everyday folks, dressed casually. Some looked very poor, possibly homeless.

Finally I entered Union Station to wait for my train to take me home to Michigan. I was in for more fascinating people watching as I entered the waiting area packed with folks waiting for their particular train.  There were no seats available so I leaned against a wall near my gate and gazed over the sea of faces so close to me.

I have never seen so many Amish people in all my life! They won’t fly or drive cars but apparently trains are okay! I was able to just stand and observe them. The bearded men were dressed in white shirts but some were in dark blue shirts, black pants with suspenders, tall black hats and black work shoes. There were some teenage boys that I admit I felt sorry for because of their bowl hair cuts! The women wore black or dark purple or dark blue long dresses with long sleeves and black shoes. Many of the shoes were like work shoes. Most of the women wore little white caps on their heads but some wore black bonnets! Sitting near me was a row of eight Amish women. Some were reading books. Some were visiting. There was one woman sitting in the middle of them who stuck out like a sore thumb! She had on a light purple dress, a little shorter than the others dresses and gold flip-flops! She had a little white cap on her long hair and was talking and laughing with the others so I knew she was with them! Oh, I wanted to sneak a picture of this row of women so badly! But I didn’t…I have a very clear picture of them in my mind! I finally decided this colorful woman must have turned Mennonite so she had more freedom then the others.

A little boy, about four years of age, walked by me with his daddy. He looked at me, smiled and waved! I smiled and waved back! After a train finally left there were some seats available so I sat down. The little boy and his daddy sat near me. He kept smiling at me. Finally, I asked, “Do I remind you of your grandma?” “No,” he replied, “You remind me of my nana!” He had some snacks he was eating and wanted to share with me. His daddy said okay so I was given a small donut, still in the package, thank goodness. I ate it but it wasn’t very good, kind of stale! Then he asked his daddy if he could give me some pop corn! I saw his daddy nod. The little boy started to hand me three, his daddy, thankfully, told him to let me get me own out of the bag.  The little boy held the bag out so I took three and ate them! What a thoughtful little boy! He must really love his nana! I wondered if they were going to visit her. They soon boarded a train. I’ll never see him again but I’ll never forget him!

It was finally time to board my train. I hoped to sit forward and to have a seat by myself. I was fortunate to find both to my liking. I had lots of leg room and plenty of room to stretch out with a large window to look out of and wonder if Jerry would be there to meet me… 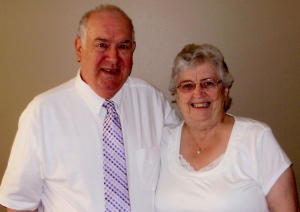 I love to travel!  But coming home is the best!

my journey with Jesus