I recently was flying with a lay-over of a few hours between planes. I had some unexpected entertainment!

The first was a little mouse! I actually hate mice! But this one was so brave! Oh, well, okay…maybe he was just hungry! I watched him dart out among folks sitting and eating and dropping crumbs. He was very quick! I tried to take his picture but he was too quick for me!

The second was a bit more intriguing. The plane ahead of my plane, at the same gate, was delayed leaving. Everyone was on board and the door closed. But suddenly there was action! The phone at the desk rang, a call was made out, two security men arrived, doors opened and they walked down the corridor to the plane. More phone calls and three more policemen arrived, also going down the corridor and entering the plane. From where I was sitting I could see, through the small space between the corridor and the plane, all the action of the men entering and exiting the plane. It held my attention, in fact, it was kind of scary…exciting?! What was happening? Finally they exited the plane: two ticket agents, five security men, one lone man. The plane was finally free to go. I’m sure there were folks who missed their connecting flights and were upset. They were probably also relieved! The man in question was no longer on the plane.

I’m a curious person by nature. I finally received an answer to my questions of what happened, who was this man, why was he taken off the plane, etc. First let me describe the man to you. He was a big man, tall, muscular, not fat. His head was shaved clean. He had on black skinny pants and a black wool coat. It was too hot for a winter coat but that’s what it looked like. It went not quite half way to his knees. So picture a large man, dressed all in black with his head shaved. A person sitting near him, beside him(?), heard him talking on his cell phone. Whatever he heard scared him into thinking this man was a terrorist! He reported his suspicions to a flight attendant, he/she reported it to the pilot, the pilot called the ticket agent, the ticket agent called security. The man was deplaned. I’m sure the folks on the plane were greatly relieved although upset because the plane was leaving so late, causing some to miss connections.

The plane finally left, leaving the gate available for my plane to land. After thorough questioning the man was released and given a free night lodging at a motel. It was all a mistake, he was not a terrorist even though he looked the part.

Now, let’s move forward a week. I’m on my way home and going through security, ready to take my computer, personal cleansing products, cell phone, etc. and place them into bins. Because I’m old I don’t have to take my shoes off any more. It was suddenly announced: Don’t take anything out of your cases, including computers. Don’t take off your shoes. What? Nothing was inspected! Our bags went through the inspection machine but we simply walked through security and picked up our bags at the end of the line.

Does this make sense? Not to me… While I don’t like going through security, it does make me feel somewhat safer. With our world in the troubled position that it’s in today shouldn’t security be even more strict? Anyone could have gotten through with most anything!!!

Hopefully I’ll arrive home safely late tonight. I’ll be happy to be with my husband again and my grandchildren who live next door! 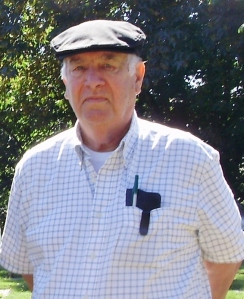 This is Haleigh, Elmise, Armon and Tyler. Only Tyler won’t be there, he’s off studying in college. Oh, I love traveling but I love going home even more!!!

my journey with Jesus