Yesterday Armon, one of my grandsons, and I drove to Holland, Michigan to watch one of my granddaughters, Sydney, perform in the Tulip Festival Parade! I never drive and talk on my cell phone so Armon was my phone man! He did a good job answering and talking and relaying messages to me. I could tell he felt important! It’s a three hour drive, normally! We left here at 7:30 AM and arrived a little after one PM! We were caught in a terrific traffic tie-up, caused by construction, before we even got to the Holland exit! Oh how frustrating!

We had quite a time finding son, Ted, and granddaughter, Bella, in the huge crowd along the parade route. Thank goodness for cell phones! We finally found each other! The tulips were beautiful!

We just missed Sydney’s dance performance by minutes! It was scheduled for 1:00. We should have had plenty of time to get there! I was so disappointed and so was Sydney!

Sydney played her flute with the West Ottawa High School band. This picture only shows part of the band. I was so proud of her! The band looked so sharp!

We watched the entire parade. It was very long and very good! 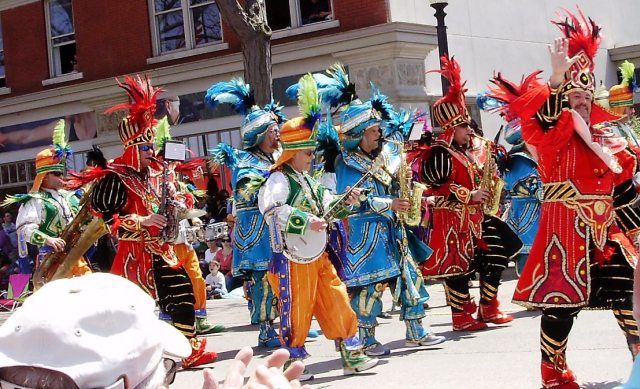 After the parade we found Sydney somehow! There were thousands of people everywhere! Bella is still favoring her foot that she had surgery on. It has to heal completely before she can walk normally on it.  So she used her knee scooter!

Here is a picture of Sydney at their house. She looked so beautiful in her Dutch dress.

Armon and I had a decision to make! Sydney was going to be dancing again at 7:00 PM. Should we stay to watch her perform or should we go home so we’d get there before dark? Well, we all went out for supper. Ted’s Mother’s Day gift to me!

Then we went downtown to watch the Dutch dancers! It was so worth it!

This is a picture of her whole troupe! Sydney is standing in the middle in her yellow dress. 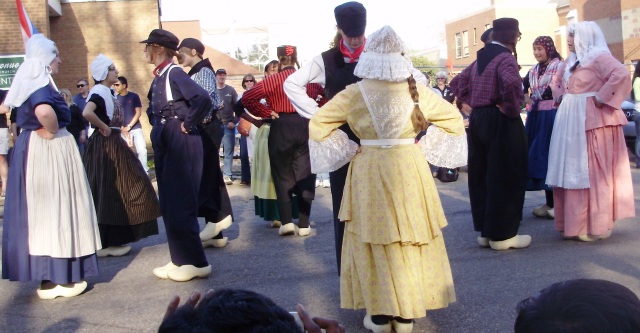 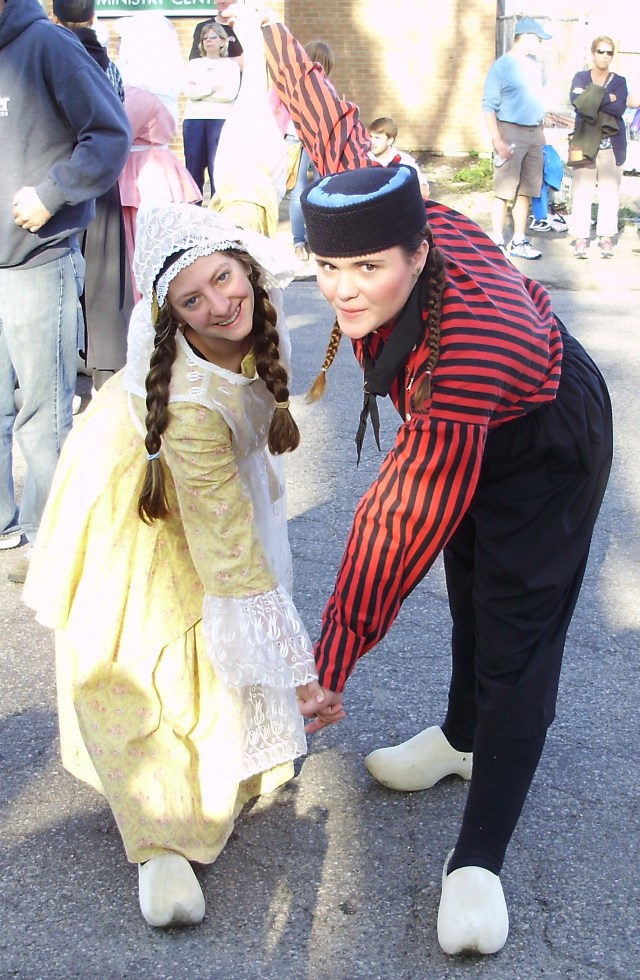 So there you have it! My beautiful Sydney as a Dutch dancer!

Armon and I got home about 11:30 PM but it was worth it!!! We had a great day together with his Holland cousins! Thank you, Ted, for a wonderful day!