Fun With Family and Friends

Besides family being here for Easter dinner we also had some of our Chinese friends, Kevin and Lily.

Bella, Sydney Danielle, Jerry and me. Ted was here too.

I love cooking a big dinner and setting the table, correctly, with my China. My grandchildren think it’s interesting and also strange! They’re learning though…there is a correct way of setting a table! We had good food and interesting conversation.

After dinner I had an Easter egg treasure hunt for the kids. Cousins came and we invited a couple of boys to join us so there were six kids altogether.

Elmise, Bella, Armon, Iahyn, Sydney and Brehdyn. I wrote out clues and put them inside plastic eggs, then hid them all over our woods. They had to find and read each clue until they finally found the treasure box.

Even though it was fun it was also educational! They had to know their directions and they had to read and follow the clues. They did well!

Bella had a disadvantage, being on crutches, but she kept up with the rest! Finally they found the treasure box! It was gold, filled with gold…and candy and a gift for each one! 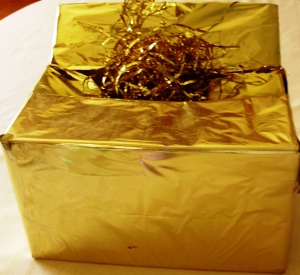 We even had an audience! Jessica Archer and Robert Archer , Kelby Klassen, Kevin and Erin Clemons, Haleigh Archer and Mahlyki and Kevin and Lily! Jerry was in the house and I took the pictures!

We had such a good time with Kevin and Lily. They’ll soon be finished with school and will be leaving our area. We’ll miss them but we plan to keep in touch. 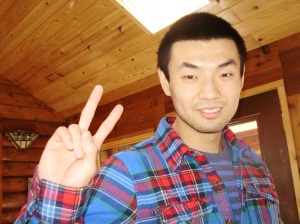