Posted on November 21, 2013 by allinadayofme 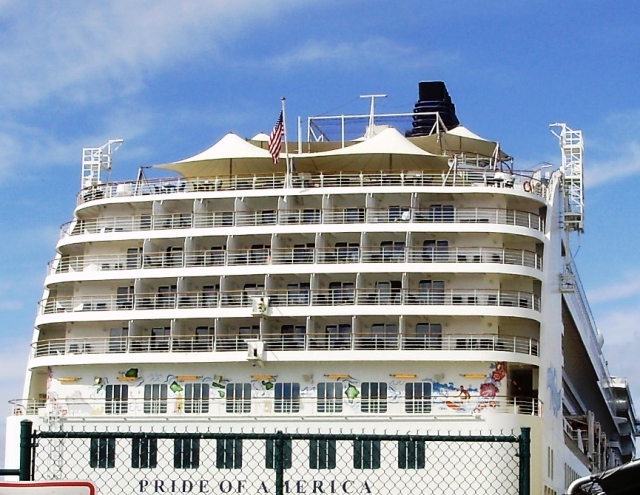 Our first full day of our cruise was on the island of Maui.

We had sailed all night and now it was Sunday. We docked at Kahului.

We worship God every day and on Sunday we go to church to worship with other believers. Apparently Pride of America has dropped it’s worship services because of a lack of participation! My son-in-law, Gene, as a surprise, looked up churches on-line. There was a Free Methodist Church but no phone number. Jerry and I are Free Methodist, Pam and Gene are Lutheran. I think Kay is Methodist but I’m not sure. Well, Gene chose another denomination and called but

their service was already in progress. The third church he called had a number for cruiser’s, like us! Gene called that number and was told their service would be starting at 10:15, a car would come to pick us up and bring us back to the ship afterward! Wow…what a ministry! 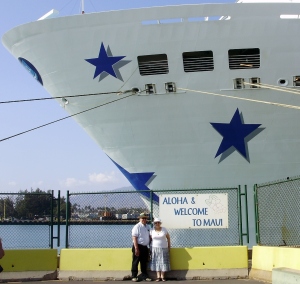 We all got ready and were out waiting for our ride. When the car arrived it was a small car! We were five people plus the driver! Well, we all piled in, like we used to do, before seat belts! When we returned to the ship, after church, two cars were used to transport us! Ah, much better!

The people were so friendly and made us feel very welcome. The singing was inspirational, the sermon was very meaningful. They had a guest speaker, that day.  A new very young pastor was installed. They were having a pot luck dinner to welcome the new pastor and so we were invited to stay and eat with them. We declined their invitation but it was very nice of them.

There was one thing I must tell you about because I’ve never seen it before! The wife of the man, who picked us up, came into the church carrying a little white dog. She and the dog sat down about half way up the sanctuary. The dog sat right up looking around. Before the service started another family came in with another small white dog!  They sat even closer to the front! This one also sat up looking around, never making a sound! Well, actually I did hear one yip before the service started but that was all! It was quite a sight! They weren’t seeing eye dogs or leader dogs, they were pets! After the service they ran around together outside in the yard. I’ve never seen it before and may never again! I don’t know…it was kind of sweet…

As we rode to church our driver told us many things about Maui. The fog we thought we were seeing was caused by volcanic ash. It’s called Vog, not fog!

When we saw smoke rising it was from the

farmers burning off the sugar cane stalks. It takes two years to grow sugar cane for harvest. Then it must be burned off. It’s a constant task, even though it’s only burned after two years. They burn every day except Sunday!

In the afternoon we explored the ship! It’s so beautiful! There were at least two swimming pools. Many hot tubs at different locations. A library. An art gallery. Several dining rooms and specialty restaurants on different decks. 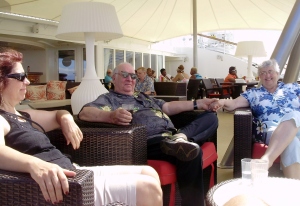 The scenery was so beautiful!